An Anthology of the Afterlife 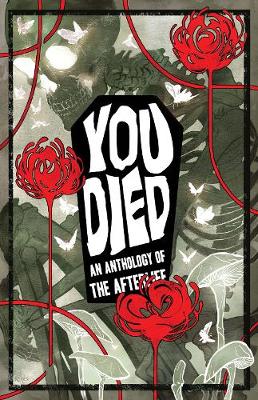 "Embraces death as a concept with due complexity. " - PUBLISHERS WEEKLY, Starred Review Death - the one aspect of life we all have in common - is waiting for everyone, yet our practices, beliefs, myths, and stories about it are as diverse as we are. YOU DIED celebrates these vibrant cultural expressions of the great equalizer in a thrilling, life-affirming whirlwind of a book, an inspirational volume to be treasured through times of both loss and abundance (and every day in between). At turns both brazen and insightful, morose and optimistic, YOU DIED asks a wide array of cartoonist newbloods and all-stars to relate their most unforgettable tales of death and what comes next. Filled with beautifully illustrated accounts of grief and mourning, ancient myths, memorial rites around the globe, afterlife in the far reaches of space, and the simple and touching ways both the living and the dead carry on, this lively collection starts a comforting and much-needed dialogue about death as a natural part of life. Featuring an introduction by death positivity movement pioneer and activist mortician CAITLIN DOUGHTY and a murderer' s row of comics talent including RAINA TELGEMEIER, SHAE BEAGLE, and LISA STERLE.

"The editors tackle a huge and daunting subject with aplomb, resulting in a volume that embraces death as a concept with due complexity. "- PUBLISHERS WEEKLY, Starred Review"You Died shows that although there are many different ways to address death, it remains a universal constant and the ultimate relatable experience. "- FOREWORD,

Editor Kel McDonald has been working in comics for over a decade-most of that time has been spent on her webcomic Sorcery 101. More recently, she has organized the Cautionary Fables and Fairytales anthology series while contributing to other anthologies like Dark Horse Presents, Smut Peddler, and Sleep of Reason. She has also worked on Buffy: The High School Years. She recently finished a creator-owned series, Misfits of Avalon. She' s currently working on her self-published series, The City Between. Her work can be found at kelmcdonald. com. Editor Andrea Purcell started reading comics to get a boy to like her but discovered that she liked the comics more. Since then, she has gone from working behind the counter at a comic shop to planning national marketing campaigns for a major comics distributor. Andrea is currently the assistant editor at Iron Circus Comics, which is the best job she' s ever had. Follow her on Twitter @IDieClassy to learn more about comics, her cat, and the joys of being married to a writer.