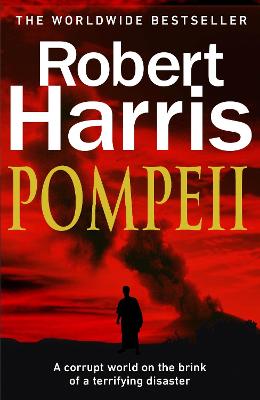 Robert Harris
Our Price:
NZ$ 28.99
Paperback
When not in stock, International import eta 7-19 days
Out Of Stock
Currently no stock in-store, stock is sourced to your order
A sweltering week in late August. Where better to enjoy the last days of summer than on the beautiful Bay of Naples? All along the coast, the Roman Empire's richest citizens are relaxing in their luxurious villas. The world's largest navy lies peacefully at anchor in Misenum. The tourists are spending their money in the'seaside resorts of Baiae, Herculaneum and Pompeii. Only one man is worried. The engineer Marcus Attilius Primus has just taken charge of the Aqua Augusta, the enormous aqueduct which brings fresh water to a quarter of a million people in nine towns around the Bay. Springs are failing for the first time in generations. His predecessor has disappeared. And now there is a crisis on the Augusta's sixty-mile main line - somewhere to the north of Pompeii, on the'slopes of Mount Vesuvius. Attilius - decent, practical, incorruptible - promises Pliny, the famous scholar who commands the navy, that he can repair the aqueduct before the reservoir runs dry. But as he heads out towards Vesuvius he is about to discover there are forces which even the world's only superpower can't control. POMPEII recreates in spellbinding detail one of the most famous natural disasters of all time. And by focusing on the characters of an engineer and a scientist, it offers an entirely original perspective on the Roman world.
Acclaim for Robert Harris's Pompeii, the #1 international bestseller
"Blazingly exciting...Pompeii palpitates with sultry tension....Harris provides an awe-inspiring tour of one of the monumental engineering triumphs on which the Roman empire was based....What makes this novel all but unputdownable...is the bravura ?ctional flair that crackles through it. Brilliantly evoking the doomed society pursuing its ambitions and schemes in the shadow of a mountain that nobody knew was a volcano, Harris, as Vesuvius explodes, gives full vent to his genius for thrilling narrative. Fast-paced twists and turns alternate with nightmarish slow-motion scenes (desperate ?gures struggling to wade thigh-deep through slurries of pumice towards what they hope will be safety). Harris's unleashing of the furnace ferocities of the eruption's terminal phase turns his book's closing sequences into pulse-rate-speeding masterpieces of suffocating suspense and searing action. It is hard to imagine a more thoroughgoingly enjoyable thriller."
--"London Sunday Times"
"Breakneck pace, constant jeopardy and subtle twists of plot...a blazing blockbuster... The depth of the research in the book is staggering."
--"Daily Mail"
"[A] stirring and absorbing novel...The ?nal 100 pages are terri?c, as good as anything Harris has done; and the last, teasing paragraph, done with the lightest of touches, is masterly."
--"The Sunday Telegraph"
"The long-drawn-out death agony of [Pompeii and Herculaneum]--a full day of falling ash, pumice stone, and then, the ?nal catastrophe, a cloud of poisonous gas--is brilliantly done. Explosive stuff, indeed."
--"The DailyTelegraph"
Robert Harris is one of Britain's most famous writers of thriller novels and gripping historical fiction. He is the author of eight bestselling historical and contemporary thrillers: Archangel, Enigma, Fatherland, The Fear Index, The Ghost, Imperium, Lustrum and Pompeii, all of which were worldwide bestsellers. Harris has been shortlisted for three notable literary awards: the Walter Scott prize for historical fiction, the Whitbread first novel award (now known as the Costa Book award) and the British Book Awards Popular Fiction Award. His most recent bestselling thriller, The Fear Index, was shortlisted for the Ian Fleming Steel Dagger, for best thriller of the year, at the 2012 Specsavers Crime Thriller Awards. Robert Harris has worked with international film director Roman Polanski to create the Golden Globe winning film The Ghost Writer, starring Pierce Brosnan and Ewan McGregor. Enigma was adapted into an award-winning film starring Kate Winslet and Tom Hollander. His work has been translated into thirty-three languages. He was born in Nottingham in 1957 and is a graduate of Cambridge University. He worked as a reporter on the BBC's Newsnight and Panorama programmes, before becoming Political Editor of the Observer in 1987, and then a columnist on the Sunday Times and the Daily Telegraph. In 2003 he was named Columnist of the Year in the British Press Awards. He lives near Hungerford in Berkshire with his wife and their four children.