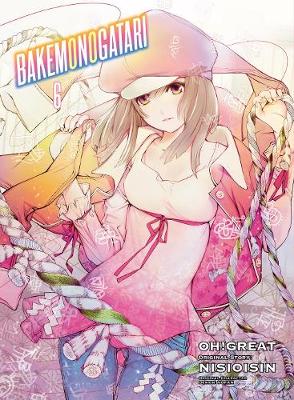 Nisioisin
Our Price:
NZ$ 26.00
Paperback
When not in stock, International import eta 7-19 days
Out Of Stock
Currently no stock in-store, stock is sourced to your order
From the bestselling novel series by renowned author NisiOisiN, comes the manga adaptation of the MONOGATARI Series featuring artwork by Oh! Great. The tale of Kabaru Suruga and the curse of the Monkey Paw. Can Koyomi and Hitagi remove the curse?
Born in 1981, NISIOISIN dropped out of Ritsumeikan University in Kyoto, to pursue a career in story-telling. Initially he had ambitions to be a comic artist, but he began to focus on his writing, eventually winning the 23rd Mephisto Prize, for Kubikiri Cycle (Del Rey) recognizing his talents as a mystery writer, at the age of 20. Since his debut in 2002 Nisio has penned more than 50 novels and a number of comics. And he has quickly become one of Japan's top selling author's in recent memory with more than 5 million units sold since 2009.

Many of his works have been adapted into animated television series and films. His best known works are the Monogatari series and Katanagatari.